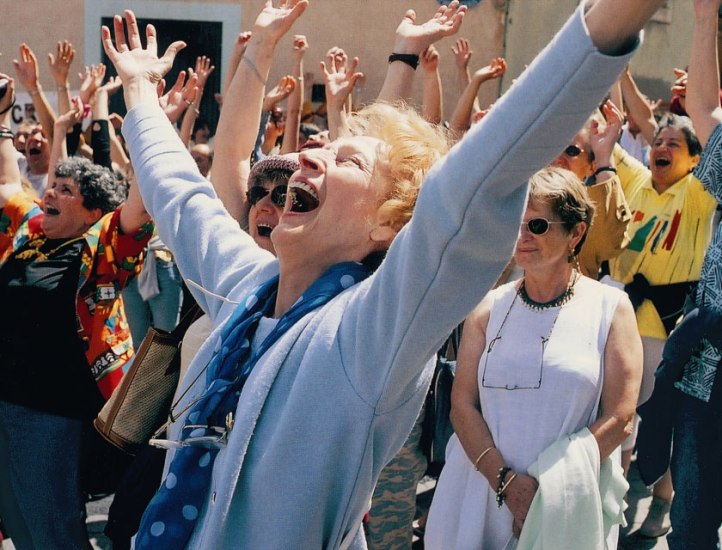 We are already aware that Laughter Yoga is a great exercise routine that alleviates depression and generates a positive mental attitude. Here is a report of a psychiatrist in Michigan City, who gave due credit to laughter therapy, as being a major reason for his patient Tanaz Bambot to overcome depression and feel better.

He said, in the beginning, he had no idea how laughter would help someone with bipolar depression and depression and like all practitioners, thought that it was just a good thing to do. But then he came across an article which said that laughter had the ability to change the chemistry of the brain. This surprised him and he started to research more about it because he thought it might be a great way to help those suffering from depression. Though there was medication, the patients always needed that something extra to reach a level of well-being, being happy and feeling good.

Laughter Yoga turned out to be a very interesting way of changing brain chemistry. He used it to help Tanaz recover and soon realized that the frequency of relapses declined after taking to Laughter Yoga. Even the level of well-being between episodes was tremendous and the response to medicine greatly improved. This left him extremely impressed.

His research showed that the place where laughter helps in the brain, where laughter happens in the brain, the movement of facial muscles and the understanding that something different is happening in the brain - all happens in areas in the frontal and the temporal lobe, which are the same areas where the research on depression is going on. If one takes an MRI, one can see that the same areas of the brain are affected by laughter that are affected by medication and disease. Hence, the great hope that Laughter Yoga will make a big difference in treating depression and generating feelings of well-being among such patients.