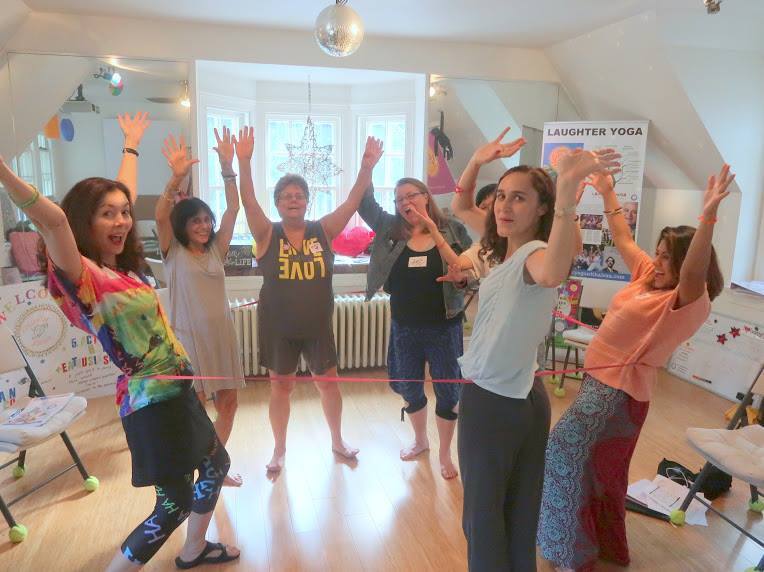 This recent article once again establishes the magic of Laughter Yoga which has proved to be an ideal workout routine that has provided several mental, physical and emotional benefits to people worldwide. It is a doorway into a world of wonder, where you dont need a sense of humor, jokes or comedy to get involved. All you need, is to laugh without any reason!

Edie Weinstein, a journalist heard about Laughter Yoga a few years back through Jeffrey Briar who is a Laughter Yoga Master Trainer in Laguna Beach, California. Inspired, he decided to train as a laughter professional and open his mind and heart to learning both the art and science of laughter. It has been scientifically proven that the mind and body dont know the difference between genuine laughter and fake laughter. One gets the same benefits either way.

Laughter Yoga is a practice in which laughter exercises are combined with yogic breathing that comes from the diaphragm. Full out belly laughs are an important part of the process as one engages in diaphragmatic breathing. The physiological and psychological benefits include increased blood flow and oxygen, release of pain relieving and pleasure inducing hormones, decrease in cortisol, as well as reduction in depression and anxiety.

Sometime after joining the Laughter Club, Edith had several healing breakthroughs herself. He was diagnosed with asthma at age four which restricted him and he needed to push himself to go beyond expectations. In addition, more recently, he had also been troubled by plantar fasciitis in his left heel which caused intense pain that had him limping at times. Throughout his laughter training Laughter Yoga had him on his feet, dancing, walking, and of course, laughing. He felt less pain in his foot  it was almost like magic! His Aha moment arose when he realized that laughter is a universal language that only not only heals; it bonds people together and if practiced on a regular basis; it is the best way to complete wellness.