Laughing In the face of MS! 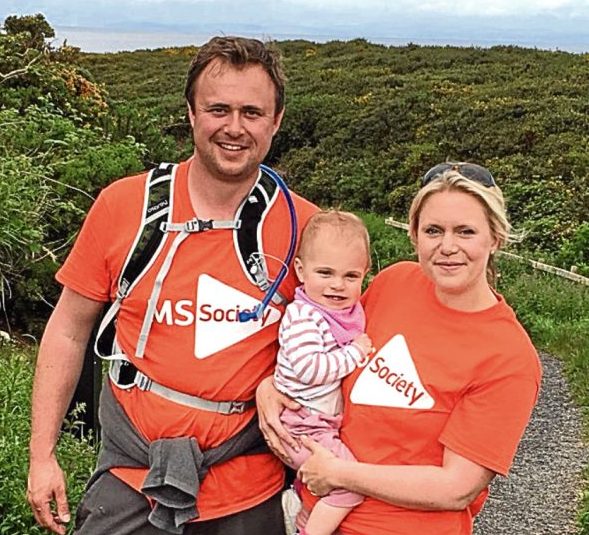 In this highly encouraging article one can read the story of how laughter helped accident and emergency nurse Joanna Stirling-Aird to cope with Multiple Sclerosis. Her life is full of laughter despite the medical condition.

It was not easy for her as she had seen her mother battle MS and knew that it had serious consequences. She was diagnosed a week before she got married, which left the couple devastated, but she could only begin treatment after the birth of her baby. It was mentally a very dark time for Joanna as she realized that she was responsible for the little ones life. Though scared, she decided to fight it out, but it was still terrifying.

Doctors reassured her that there were new treatments to slow down the progression of the condition. But Joanna found herself struggling with sleepless nights and painful treatment. Even as was just getting back on her feet and preparing to return to work, she suffered a serious relapse, losing the vision in her left eye, her balance and suffering severe pain and weakness. She thought she would never be able to nurse again. But with treatment, the support of her MS team and health visitors she bounced back. Alternative therapies like laughter, yoga and ballet helped to build her strength and improve her balance.

Joanna shares her life-changing experience with other patients struggling with the same condition. Love and laughter has helped her move on and build happy memories.